Loading...
Loading...
I have made this recipe twice, once as written and once using raspberries instead of strawberries (though I just used the puree and did not add chunks of fruit). I would, however, recommend not using a pie plate as the recipe calls for but rather just a square or rectangular baking dish.
The brownies tested done with a toothpick in the pie plate but when I took them out and later cut them, they were still way too gooey in the middle. I ended up putting them back in the oven for an additional 15 minutes to firm them up a little.
Excellent brownies! My first experience with strawberry brownies - will make again. I did purée all of the berries, although added a layer of sliced berries on bottom thinking it would look nice inverted - bad idea. The bottom was just soggy. Lesson learned. I also added some mini semisweet chocolate chips which was a better idea. 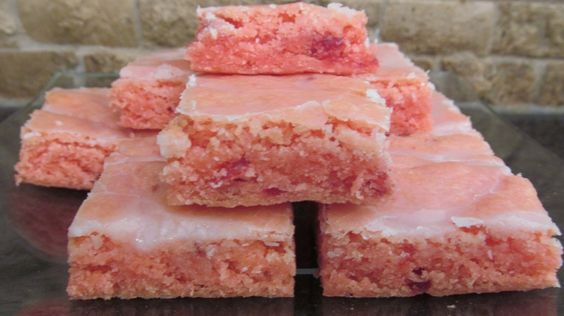